The end of March is almost here and works on my Nameless Guard are progressing quite nicely, I must say. As I'd planned I got a dreadnought from my friend. Here's a proof photo with a code for this painters' activation event I'm taking part of. 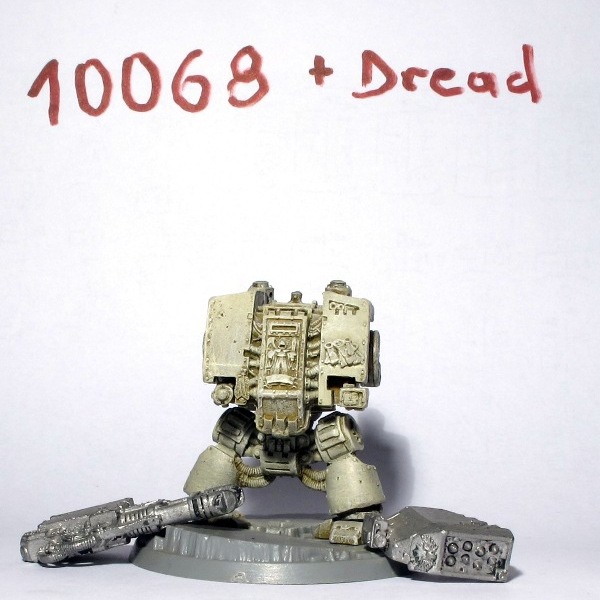 My converting skills are non-existent, but I had to make this standard (old and metal!) space marine dreadnought look more chaosy. So, with a bit of milliput I "sculpted" an eye and three... blobs and I drilled few bullet holes. A zenithal drybrushing technique was applied and here it is - dreadnought Ash!

I was lucky enough to get an additional set of Forge World arms with that dreadnought. Quick research was carried out through my bits boxes and a plan was forged... 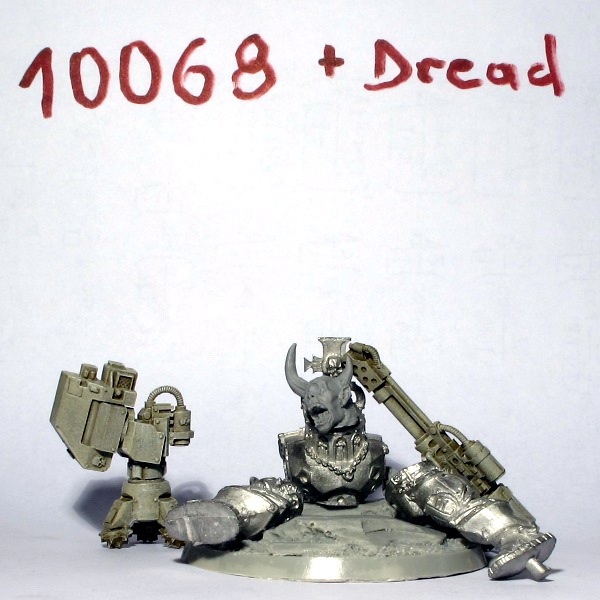 Legs and torso came from a GW Inquisitor game model (54mm); Tyrus was its name, if I recall correctly. Head is a spare part I was left after painting a MaxMini cyclops (their model had three head variants) and you already know about the arms and weapons. This time I sculpted a letter "S" which formed guts and three holes by the left knee. After some painting the hellbrute Dust was created!

If you read one of my previous posts you surely know that I assumed painting 2.5 elements of my army to have it finished by the end of July. Squad Virus and two big guys I've just shown make for 3 elements already, but I'm almost 100% sure I'll have another unit finished today or tomorrow. 4 parts in March? That's better than I've expected!
Posted by Nameless at 4:46 PM