It's about time to summarise my progress on Nameless Guard. As you know, I divided my army into 15 individual elements - units and war machines. Calculation is simple - 15 elements in 6 months make for a 2.5 element per month.

With this in mind I planned 3 elements for March. Two units of plague marines would give me a solid base for my army. Solid and playable! Two "Troops" with one of the bosses promoted temporarily to "Headquarters" comprise a basic 40K army. To that I added a dreadnought to give myself a short break from painting marines.

I knew I had to come up with a quick painting method. I'd started painting miniatures 15 years ago or more, and I've never been able to finish a full army. Painting similar models to a high quality was like a hell to me. If Nameless Guard is to be completed by the end if July I had to drop my dreams of a showcase army and stick to something realistic - a painted army. So, I worked out a technique that works perfectly for me. I called it the "zenithal drybrush" method. Shortly - with consecutive drybrushed layers painted over a black base at selected parts of miniatures I build up a high contrast and strong zenithal lighting effect. Toxic mud bases were as simple and easy as paintjobs. I'll try to prepare a step-by-step tutorial to show you how quick it can be.

All in all, I think I found a way to produce an army that will not win any contest, but will look good on the table top. What's more, during the first month I managed to exceed my plans by painting an additional hellbrute. So, after March I have ~25% of my army painted! I start to believe that this whole thing may be a huge personal success... 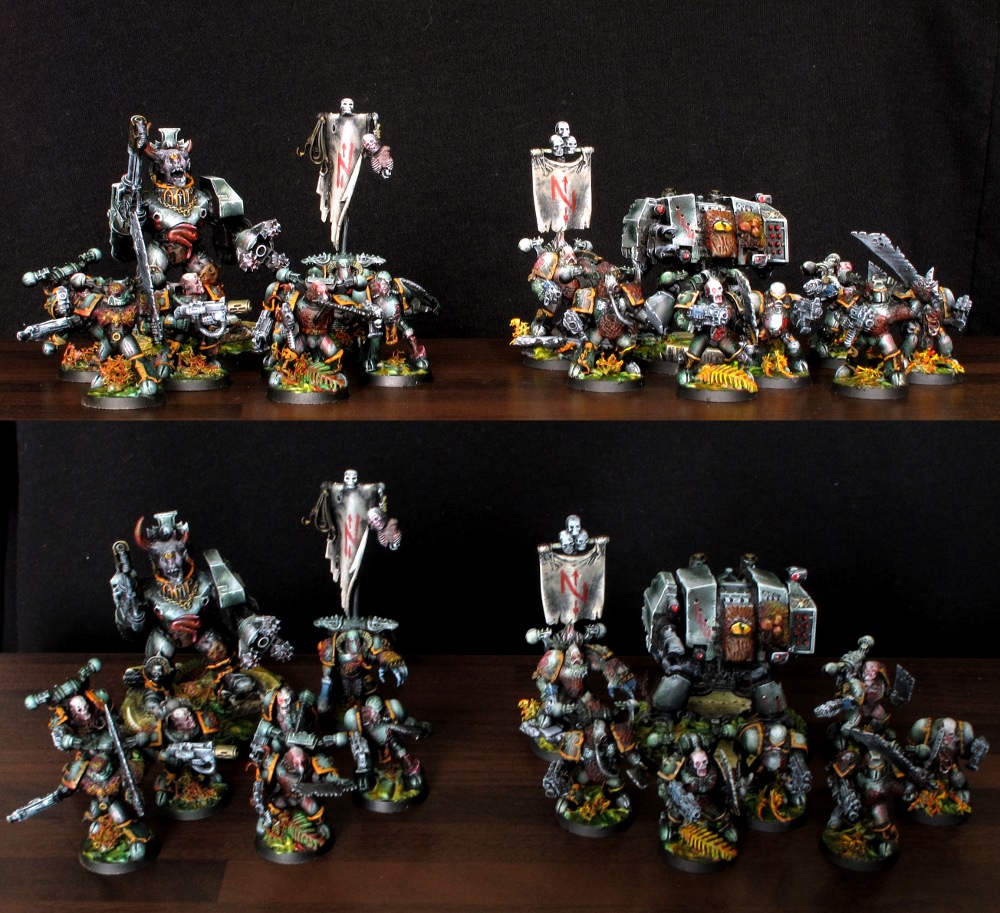