I admit, I have a soft spot for Reaper Miniatures.

Reaper is best known for pure heroic fantasy miniatures with quality range stretching from "oh, crap" to "oh- my-god". I guess one needs to cherry pick to find the sculpts he likes. I'll come back to this in another post.

They are also quite famous for their mascot, a succubus called Sophie. There were so many versions of her... 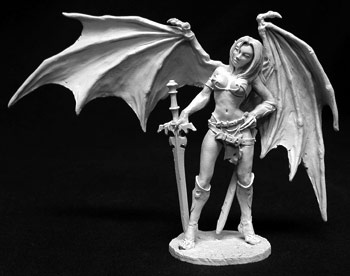 Reaper released different Sophies to celebrate ReaperCons, Christmas, Halloween, New Year... Reaper sculpted her in so many scales - 32mm, 54mm, 72mm (heck, there's even a 12" resin version comprising the ReaperCon award); in many genres (fantasy, SF, steampunk); in many different disguises - as a pirate, cowboy (cowgirl, pardon me), archaeologist, biker...

That's a lot of Sophies and you can check them all right here. See, I wasn't lying abut the variety, was I? The most recent version (not released yet, actually) is this Derek Schubert's sculpt provided for ReaperCon 2013.  You will be able to get it at the event or from their online store, but only during the RC'13. 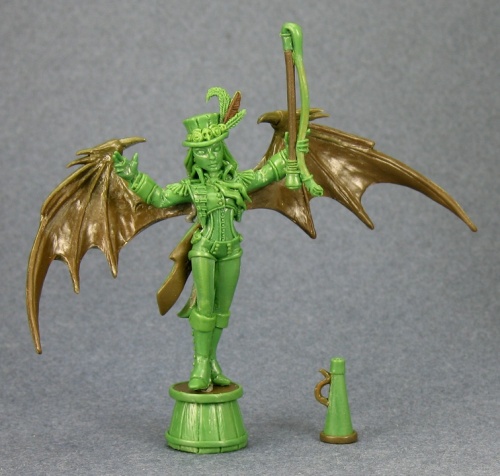 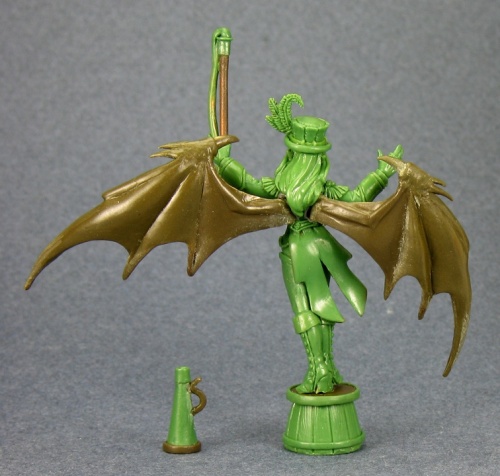 There's also one interesting story about Sophie, specifically about Sophie shown on the first photo in this post. For a long time a rumour was spreading... a rumour of another version of that sculpt... a version showing all Sophie's private parts (yes, I do mean all). Some time ago Reaper decided to cut the rumours and made it a public release as an Urban Legend version. Now you can enjoy your Sophie in many new ways. 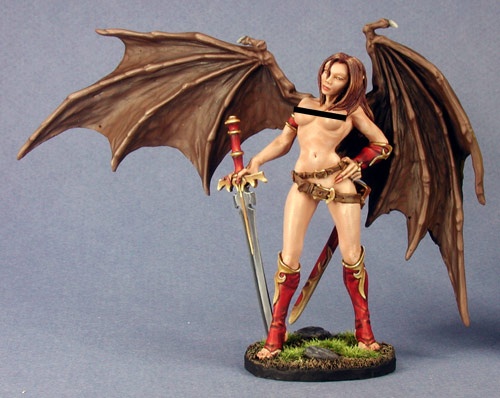 Is it possible that Reaper just made a new sculpt? Of course it is, but let's not delve into this. Legends should not be killed, even Urban ones...

As for me, I painted one 54mm Sophie long time ago. It was a gift for my good friend, avid snowboarder without much interest in fantasy genre, who had left our country of Poland. Hence the white&red colour scheme and lack of wings. He liked boobs the most. His girlfriend didn't. 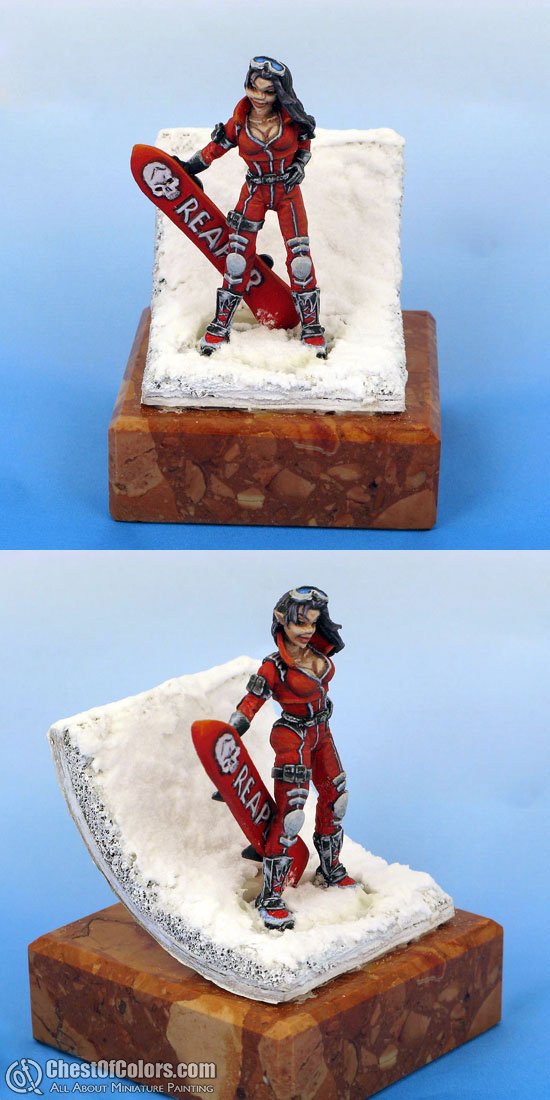 Oh, there was a small rabbit accompanying this Sophie. Half-pipe was not a good place for it. I found a better one.